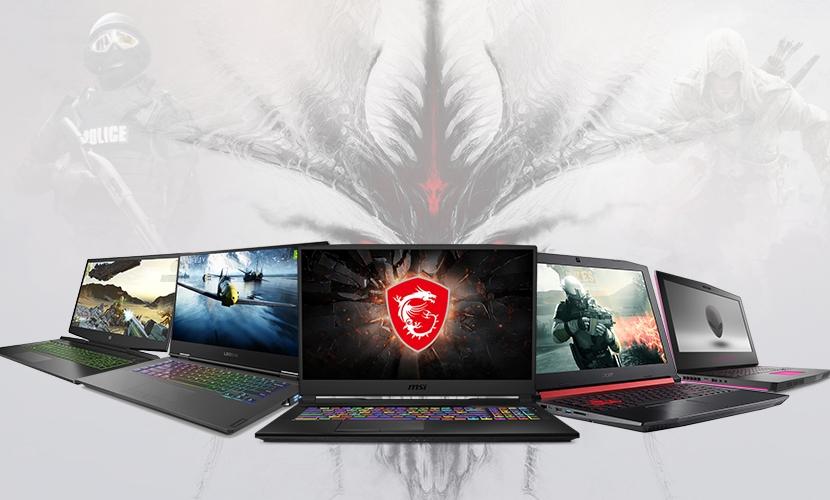 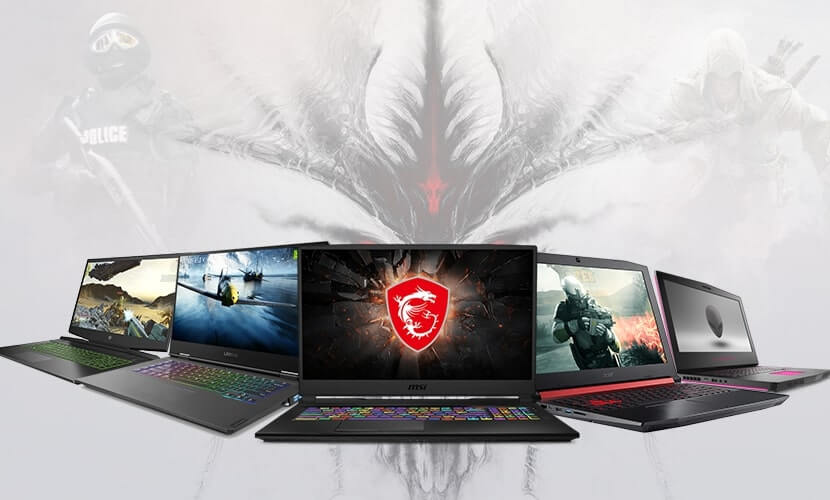 Lately, a number of graphics-heavy games have come up in the limelight. And it’s only obvious that gaming enthusiasts want to play those games with absolute fluidity. However, gaming laptops usually come with exorbitant price tags. So playing those games can just remain a dream for many. Understanding the need of the gamers, we have filled in our store with a fair number of gaming laptops giving special attention to the budget gaming populace. Here, we will be listing out some of the best budget gaming laptops in Nepal. Despite the commendable gaming prowess of these laptops, they won’t put a dent in your wallet.

Because of its high performance to price ratio, Acer Nitro 5 2018 (8th gen) was already the best-selling laptop at our store. And the craze for Nitro 5 only peaked after the addition of the 9th gen 2019 model.

The laptop comes with the Intel Core i5-9300H processor, which is undoubtedly one of the notable performers at this price. Complementing the performance is an 8GB of DDR4 RAM, which clocks at 2666MHz. With this hardware combo, you can perform all sorts of daily tasks without any hiccups. When it comes to gaming, you will get NVIDIA’s GTX 1650 GPU here. And the GPU is capable enough to handle most of the gaming titles out there.

As for the storage, there is 1TB of HDD and 128GB of SSD. SSD will help you load up your games and that substantial HDD lets you store all your bulky files and photos. So you will get the best of both worlds. Talking about the display, you get a 15.6-inch Full-HD panel here, which should suffice your gaming needs. Furthermore, there is a Red backlit keyboard, which should help you play games even in the dark environment.

With the powerful hardware and its quirks, we found the Acer Nitro 5 2019 to be the best budget gaming laptop. But if you have budget constraints and looking for a gaming laptop at a cheaper price, you may find the Acer Nitro 5 GTX 1050 variant. It's not as powerful as the GTX 1650 variant yet offers dependable performance. So you don't have to worry about the performance while playing games, running heavy games like AutoCAD, rendering videos, and editing photos/videos.

ASUS TUF FX 505 is another budget gaming laptop, which is selling like a hot cake at the moment. And in order to cater to all sorts of budget gaming enthusiasts, we have two different variants of the TUF FX505.

Let’s start with the cheapest of all. And the least expensive version of the ASUS TUF FX 505 incorporates Intel's 9th gen i5-9300H processor. And talking about the memory, there is an 8GB RAM and 512GB SSD combo. On the GPU front, you get GTX 1650 graphics.

The GTX 1650 is a noteworthy performer but if you want a better-performing machine keeping the thoughts of future-proofing in mind, you should go with the ASUS TUF FX505 laptop with Ryzen 7 processor. Alike the aforementioned model, it also comes with a GTX 1650 graphics card. With this hardware combination, you indeed get slightly better performance. But this variant has not put its brakes over there. Where this variant truly shines is on the display front. The 15.6-inch Full-HD panel on this device flaunts a 120Hz refresh rate. And it's obviously a rare feature for a budget gaming laptop. With a high refresh rate display, your gaming experience can be really seamless.

Lenovo L340 is another great laptop, which puts on a good fight in the budget gaming territory. Alike the other two, this one too flaunts the mighty 9th gen Intel Core i5-9300H processor. With the powerful quad-core processor on the board, it handles all the regular apps you throw at it. Aiding to the performance is an 8GB of DDR4 RAM. And with that amount, you can multitask between several apps at once without noticing any hiccups.

Heading to the graphics department, you’ll be greeted with the NVIDIA GTX GeForce 1650 GPU. And for its price, that’s quite compelling. You can play low and mid-tier games on the Lenovo L340 without worrying about the frame rates.

On to the storage front, you will get a 256GB of SSD storage. Although SSD provides a faster read/write speed, 256GB of storage may not suffice everyone’s needs. In that case, you can spend a couple of thousands to buy an internal SSD or a portable HDD.

Talking about the audio, there is a stereo speaker setup, which comprises of two 1.5-watt speaks. It projects an ample sound. So while binge-watching movies and TV series, the volume of sound should not be a problem. Since the laptop also comes with a 3.5mm headphone jack, outputting audio to wired speakers and headphones will be hassle-free.

Lenovo L340 is definitely is a compelling gaming laptop at this price. Especially, its mighty processor and powerful GPU have been the show-stealer. But if you cannot afford this laptop and are okay with a less-powerful graphics card, we won’t send you empty-handed. We also have another variant of Lenovo L340 with a GTX 1050 graphics card, which costs much less than this one. You can consider that.

The Red Dragon logo on MSI laptops does give a gaming vibe. In addition to just giving gaming vibes, most of them are really good gaming machines. And in the entry-level gaming segment, the MSI GF63 9SC is one of them.

It comes with a 9th gen Intel Core i5-9300H processor, which is complemented with an 8GB of RAM. But according to your needs, you can expand the RAM amount all the way up to 32GB. As far as the storage is concerned, you will get 256GB of SSD onboard. Graphics related tasks are taken care of by NVIDIA's GTX 1050Ti graphics card.

Although MSI GF63 9SC looks similar and sometimes inferior to some of the aforementioned laptops, it surpasses them with its elegant design and lighter weight. And considering the gaming nature of this laptop, that’s quite remarkable. The i5 variant of the GF63 is one compelling deal at this price. But if you want a more powerful gaming machine in the same footprint, you can consider the MSI GF63 9SC i7 variant at the expense of a couple of thousands.

Despite being a year-old model, the laptop still looks relevant to this day. Capable gaming hardware on the inside combined with Dell’s brand value has made the device still noteworthy.

As you would expect from a year old laptop, it comes with an 8th gen Intel Core i5-8300H processor. Fulfilling the current standard, the laptop has been provided with an 8GB of RAM. But based on your use and requirements, you can take it up to 32GB. And there are two RAM slots provided for the very purpose.

As far as its gaming capability is concerned, it’s a solid performer with its GTX 1050Ti GPU at work. Talking about the storage, you get 1TB of HDD on this laptop. The laptop has also been provided with an 8GB SSD cache, which should somewhat speed up the processing.