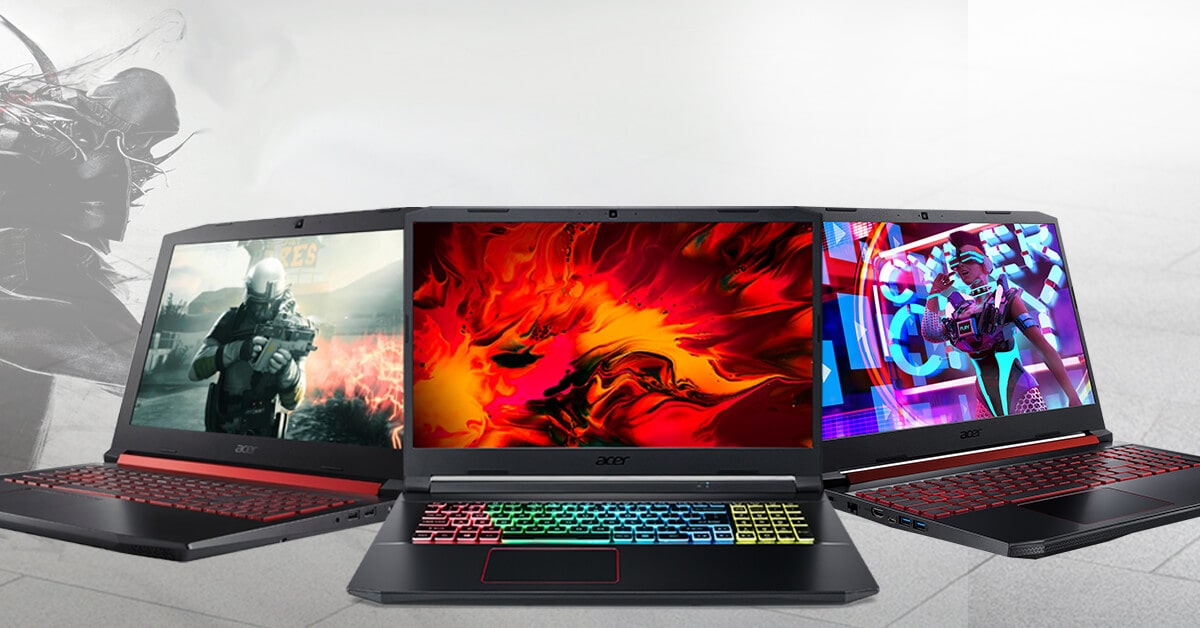 Acer Nitro 7 and Acer Nitro 5 price in Nepal in 2020 is quite affordable than other gaming laptops with similar specs. And that's what makes the Acer Nitro series of laptops the most popular budget gaming laptops in Nepal. Asus’ TUF series of laptops have been challenging the Nitro devices for quite some time now. Yet this masterpiece from Acer has remained an undisputed champion. Needless to mention, they are one of the best-selling laptops as well. Understanding the gaming prowess of these laptops and the craze from the Nepalese populace, we have brought plentiful of Acer Nitro gaming laptops in Nepal. With lucrative offers and mouthwatering deals, we have put different versions of Acer Nitro 5 AN515 and Acer Nitro 7 AN715 for sale in our store.

You might’ve heard quite a lot of Acer Nitro 5 2020. And if you got a chance to look at their specs and price, you might’ve have impressed as well. But it’s not an overnight breakthrough.

The Nitro series did not gain popularity over a fortnight. They have been bringing amazing products for many years now. As proof, you can look at the Acer Nitro 5 2018 (AN515-52). Despite being a two years old device, the laptop still makes sense in today’s time.

You can get the Acer Nitro 5 2018 without spending a fortune and play low to mid-tier games at decent frame rates. Because of its dependable hardware, the laptop may be befitting to the student gamers.

Since its launch, the Acer Nitro 5 2019 (AN515-54) has always topped our list of the best budget laptops in Nepal. It also remained the most sought after affordable gaming laptop all along. The device remained successful both in the national and international market throughout the year and more because of the lucrative value it offers.

Acer Nitro 5 2019 (AN515-54) is an amazing laptop and there is no doubt in that. The laptop had been a go-to choice for budget gamers. But in addition to gamers, the laptop was also preferred by engineering students, graphics designers, video/photo editors, AutoCAD users, and many more other people.

Because of all this craze, we’ve filled the shelves of our store with several variants of Nitro 5. Although all the models proved themselves the best in their respective segments, the GTX 1650 GPU variant was preferred by the most. It was quite obvious as the GTX 1650 variants of the Acer Nitro 5 i7 and i5 price in Nepal are wallet-friendly as well.

With the all-new Acer Nitro 5 2020 (AN515-55), Acer has proved once again that gaming needn’t cost a fortune. The laptop embraces powerful 10th gen Intel Core Processor (i5-10300H and i7-10750H) and NVIDIA Turing GPU (GTX 1650, GTX 1650Ti, RTX 2060). Such a setup already constitutes an incredible gaming rig. To amplify users’ gaming experience, Acer has also included a fast-refreshing display this time around. With such a setup, the laptop caters to all kinds of gamers out there. But what makes it even more compelling is its price. Acer Nitro 5 2020 (AN515-55) price in Nepal is modest as it can be. So you won’t have to break a bank to own this compelling piece of a gaming device. You can get AN515-55-52KW and AN515-55-54Q0 under this segment.

AN515-55 is all about the goodness of Intel’s 10th gen processor. But if you are a fan of AMD’s CPUs, Acer’s has got you covered on that front as well. For AMD fanatics, Acer released a different variant of Acer Nitro 5 2020 with the model number AN515-44-R078. The laptop features AMD’s Hexa-core Ryzen 5 4600H processor, which takes it up against Intel Core i7-9750H quite easily. If you want to amp up the performance, you also have a slightly more powerful Ryzen 7 4800H to choose from. On to the graphics department, the NVIDIA GTX 1650Ti graphics card shows its wonders.

AN515-44 and AN515-55 are all cool and amazing, but they come with a 15.6-inch display. And this may not suit everyone’s needs. So if you want a larger display, the AN517-52 can be befitting. The laptop features a 17.3-inch screen with a 120Hz refresh rate. As for the performance, the AN517-52 makes use of the mighty Core i7-10750H processor. Even in the gaming department, it is no short of power. The device features an RTX 2060 graphics card. That means you can not just play demanding games but can also indulge yourself in Ray-tracing games and DLSS.

Nitro 5 laptops indeed offer the best value for money. And while putting remarkable hardware at a reasonable price, laptop manufacturers have to cut corners in some aspects. To keep the price low, Acer incorporated plastic encasing to the laptop. Even though the device looks and feels sturdy with its plastic body, not everyone would be a fan of it. And for that very reason, Acer released Acer Nitro 7 (AN715-51). Unlike the AN515 laptops, this one features robust Aluminum construction.

As for the specifications, Acer Nitro 7 makes use of the powerful Intel Core i7-9750H processor. Complementing the performance is an 8GB of DDR4 RAM. Although the RAM may not sound much, you can expand it all the way up to 32GB. To look after the graphics-related tasks, Acer has assigned NVIDIA GTX 1650 graphics card. With this GPU on board, you can play most games at respectable frame rates. GTA V, PUBG, Fortnite, Call of Duty, etc. runs at or over 60fps. However, while playing GPU-demanding games like Witcher 3 and Division 2, the frame rates may hover around 50fps.