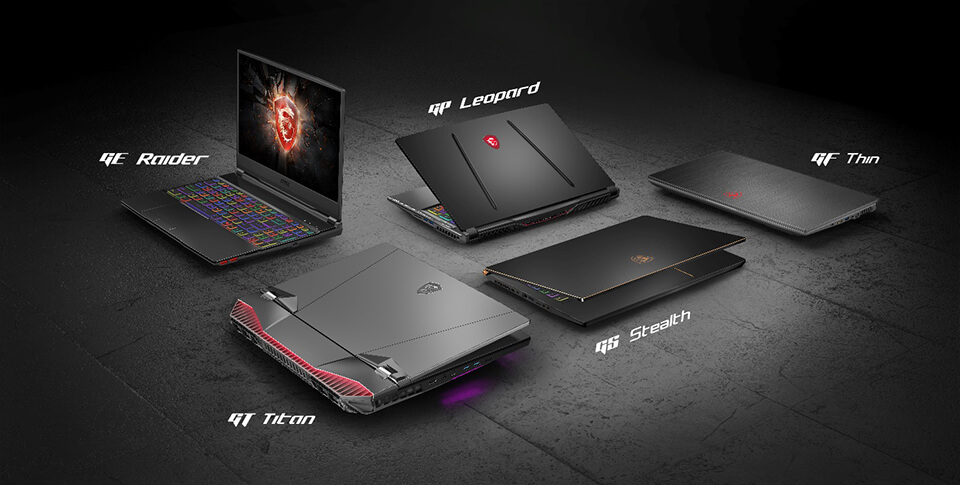 MSI (Micro-Star International) is another Taiwanese multinational tech company alongside ASUS and Acer. Not just laptops, the tech giant has a wide variety of desktops, motherboards, graphics cards, All-in-One PCs, and so on. And over the years, MSI has garnered quite a lot of popularity, especially in the gaming arena. The Taiwanese tech giant caters capable hardware for demanding applications due to which its devices do not break into a sweat even after providing performance-heavy workloads.

Although the name of the MSI laptops sounds fancy and promising in the gaming department, the name of the model of such laptops is equally cryptic. The MSI has some fancy series of laptops like GT, GS, GE, GP, and GL series. And each of the laptops in series shares similar traits. So if you are planning to get an MSI laptop for you but confused because of the name game, let us clear it out for you.

MSI GT series laptops are top-of-the-line gaming laptops in the MSI's lineup. They also usually come with "Titan" or "Dominator" moniker to cue the customers about its gaming prowess. The GT series of laptops feature the best of the hardware. So these laptops can handle all sorts of computing and graphics-intensive tasks thrown at it. Although its performance sounds alluring, these laptops also cost dearly on the purchase. Also, they are quick thick, and are relatively heavy.

GT laptops are genuinely powerful when it comes to performance. But they also do some sacrifices on portability. So if you are after a powerful computer without a compromise on its portability, the MSI GS Series laptops best suit your needs. The GS laptops come in a svelte body with some powerful components crammed inside. These series of laptops usually carry "Stealth" and "Phantom" moniker in their model names.

The MSI GE Series laptops come with monikers like "Apache" and "Raider". These laptops offer mid-tier gaming performance with a decent amount of portability. Even when it comes to the price, they demand midrange price and their prices remain lower than the GT and GS series devices in most of the scenarios.

These laptops come with "Leopard" moniker in their model names. And the MSI GP Series laptops are especially targeted at the entry-level enthusiasts or the budget-conscious gamers to explain the simple terms. They do not cost much and offers a decent gaming performance for the price.

These are the low-tier gaming devices in the MSI laptops. But low-tier doesn't mean that it doesn't game at all or the gaming performance is poor. The MSI GL series laptops come with a decent graphics card that can play some amazing games like the League of Legends or Overwatch at solid frame rates. And all that awesomeness at a budget-friendly price is what makes the GL series laptops one of the best selling models on our store.